The liberty movement has garnered some criticism from progressives and the far-left for not being more outspoken about certain socio-political issues, but libertarians have always--and will always--support the individual liberty of all people, regardless of their race, ethnicity, gender, sexual orientation, religion, political affiliation etc.

Built from classical liberalism's emphasis on self-ownership and autonomy, libertarianism has become increasingly popular among racial minorities and other marginalized groups.

The question is; do libertarians support Black Lives Matter?

Before one can answer that earnestly, intellectual integrity must be invoked, demanding the examination of the question. Upon examination, we can determine that there are, in fact, at least two ways of asking this question.

Black Lives Matter as a Sentiment, Adage or Statement

Libertarians have always supported the liberation of Black people and vehemently agree that their lives and individual liberty matter. As such, libertarians generally have no issue with saying "Black Lives Matter" in the form of a statement, adage or sentiment.

The government never possessed the authority to criminalize, subjugate, or undermine the liberty of Black people. Any such laws or actions performed by the government were acts of tyranny, injustice and oppression. Any aggressive act perpetrated by an individual towards a Black person was/is an infringement upon their inalienable rights and is therefore a violation of natural law and a transgression unto the very tenets and core values of libertarianism. Libertarians have steadfastly maintained this view.

The Libertarian Party, and libertarianism as a whole, has always welcomed Black people and other marginalized groups with open arms, stressing that individual liberty for all people is a core value and a virtue. The nonsensical idea that libertarianism is a racist ideology and "for privileged white men only" is a myth propagated by members of the far-left, such as Salon, in their article, 'Libertarianism is for White Men: The Ugly Truth About The Right's Favorite Movement.'

While it is true that those who identify as libertarian are predominately white and predominately male, there is nothing in the tenets and philosophy of libertarianism that directly create this result. Moreover, there is nothing within the ideology itself that restricts or discourages participation outside of that demographic. In fact, quite the opposite is true, as racial minorities and other marginalized groups are strongly encouraged to join the liberty movement.

Some argue that the aforementioned demographics are in part a result of the slander, stereotyping and blatant propaganda from the left (such as the Salon article above) against libertarians. Another part of the equation could be the Democratic Party's historical indoctrination campaigns that view Black people as mere votes, attempting to convince them they are permanent victims in perpetual need of government assistance and virtual conservatorship. Black libertarians have criticized the Democratic Party's bond with Black people as "paternalism" and a "parasitic relationship." A view shared by civil rights leader and revolutionary, Malcom X. 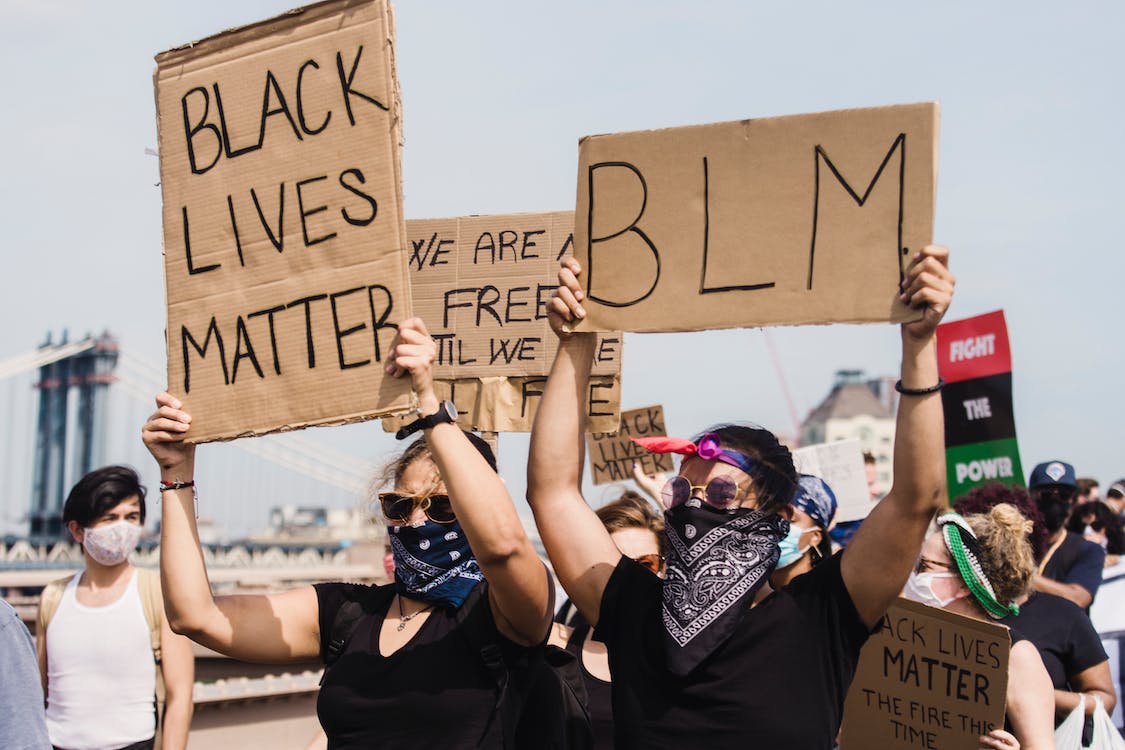 Libertarians, like all people, have the freedom to support any non-profit organization they wish. Whether they want to financially, or otherwise, support Black Lives Matter Global Network Foundation, INC. is entirely up to them.

Like with any other non-profit organization, it's smart and responsible to research thoroughly to make sure their work is something you really want to support. You'd be surprised at how many vehement animal rights activists donate to PETA, only to later discover that the non-profit organization are euthanizing animals themselves.

Let's look at Black Lives Matter (BLMGNF). Their mission statement is as follows:

"Black Lives Matter Global Network Foundation is working inside and outside of the system to heal the past, re-imagine the present, and invest in the future of Black lives through policy change, investment in our communities, and a commitment to arts and culture."

Healing the past, re-imagining the present, investing in communities, arts and culture and fighting for the policy changes you want to see enacted are all great ideas. I see nothing glaringly wrong with their mission statement.

But as we mentioned above, it's ethical and responsible to thoroughly research the tax-exempt, non-profit organizations that you are supporting. Investigate more closely, and you may wonder what specifically are the "policy changes" they want to see. Did you ask them what they were before you donated?

Fighting for liberation and human rights is something libertarians get fired up about, but what other tenets, ideas and actions are being propagated and funded through supporter donations? What does BLM organizer Jan Williams mean when she says, "Capitalism doesn't love black people?" Are they socialists? On top of the ideas I like--such as the liberation of the Black community--what other ideas am I supporting through donations? Is this an anti-capitalist organization? Does this organization have any ideas that conflict with my core values?

These are the types of questions you must ask yourself when supporting any non-profit organization. While we can say with certainty that libertarians support the sentiment and statement that Black lives matter, it would be impossible for us to answer the question, 'do libertarians support BLMGNF?' because that is a non-profit organization and it's up to each individual to make that choice for themselves.

Thank you for reading. For more information, read What is Libertarianism?