Socialists Are The Truly Greedy, Not Capitalists Henry L. Mencken once commented that as long as you're impoverished, then you are a Child of God. The moment you begin to succeed, you become blemished with evil.

That appears to be a reality in today's American society and elsewhere. No other species engage in voluntary trade in the complex way that human beings do, yet once someone ascends to wealth through totally voluntary measures, they become evil; harbingers of destitution and pestilence.

The notion is such that they are "greedy" and that their rapacity is to blame for the wretched poverty that others must endure. Of course, this is nonsensical since it is observable fact that humans pursuing their interests have eradicated poverty and led to the greatest human advancements conceivable. The lack of capitalism, conversely, tends to create poverty.

But who really can be charged with greed in the scenario of voluntary trade? Consider if you and I enter a trade. I have a piece of technology that I've invented that you could not create on your own. I trade it to you for $500. You wanted my technology more than you wanted your $500. What harm could this possibly cause?

Once the trade has been completed you begin to feel disadvantaged even though you now have the technology you didn't have before - you then demand more of me. I should give back to you, you insist, and others by government force, what I have obtained through legitimate, peaceful exchange.

You insist that my avarice has caused you the lack of your $500, not your desire to have the technology that you traded of your own free volition. You want to keep the technology, but you also want more regardless of the initial agreement. Everything I've earned through our uniquely human process is now something you feel entitled to. Who, then, is truly guilty of greed?

If you want to take what I have earned through voluntary exchange and distribute it for causes that you want, then you are especially greedy, the worst kind of greed imaginable. By utilizing the government's monopoly on violence, its unmatched military armament, and control, you've essentially asserted, "give me what I want or I will have you killed".

Wanting to "spread our wealth" around at the barrel of a gun (or tank, or missile launcher) because you feel entitled to it is the epitome of greed.

The irony of course is that the "corporate power" they base their entire argument on could not possibly exist without government cronyism. All human exchange is guided by the force of supply and demand. Government is not. Without government intervention, the market will regulate itself and it always has.

Government is the only function capable of erecting monopolies, and through its violence and control amass enormous stockpiles of wealth that would have already been distributed organically through competition among free human beings. Scam corporations like the Federal Reserve cannot ascend to such monolithic sizes without the State.

Demanding more government has created the most atrocious systems of greed ever unleashed upon the human condition. 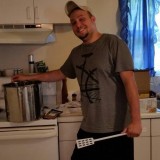